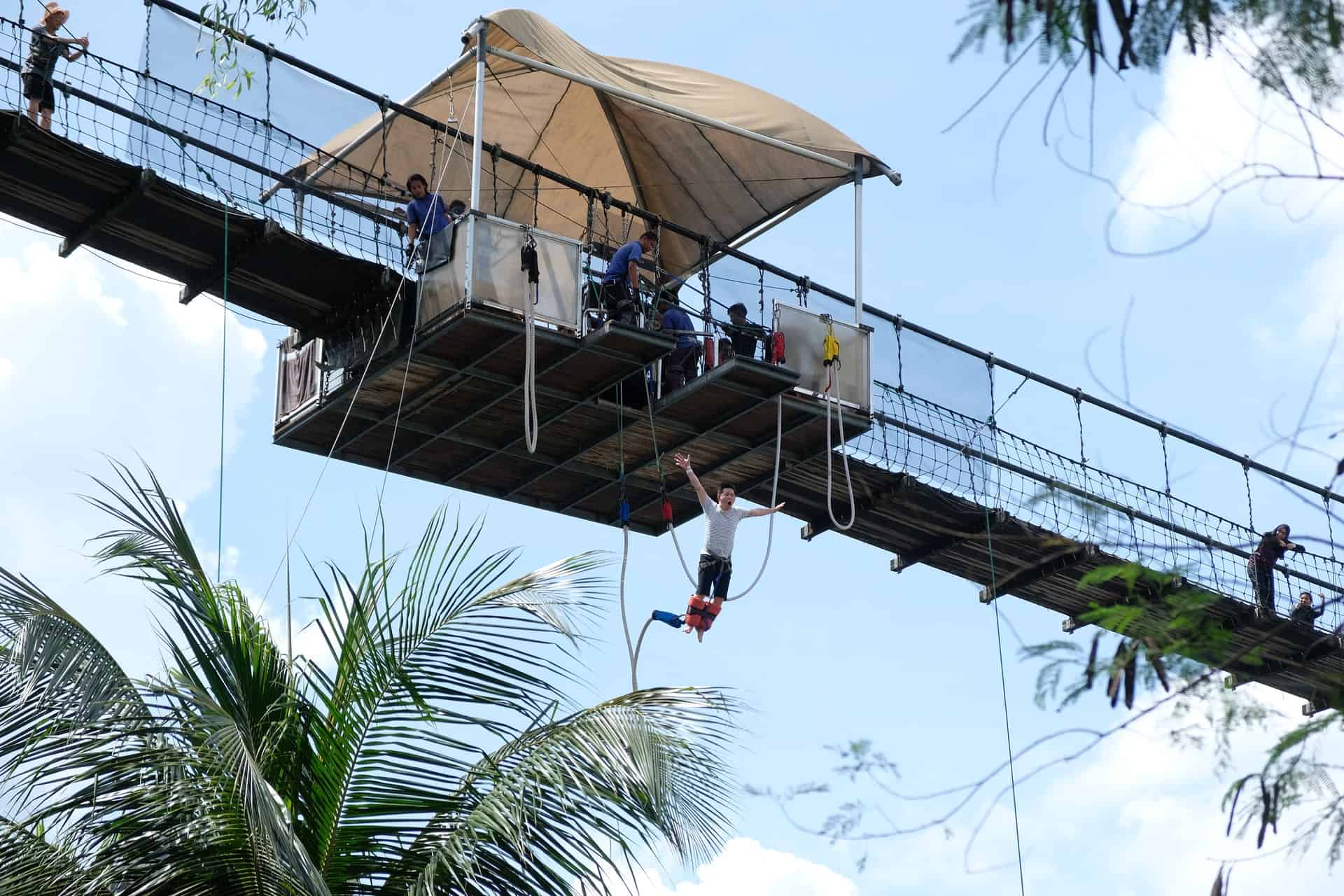 Europe is one of the most interesting continents for skydiving enthusiasts. Amazing locations can be found not far from Polish borders

The biggest bridge in Europe is a perfect place for bungee jumping. The structure is located over the Still River and connects the route through the Alps in western Austria and Italy. The bridge is 192 meters high and around it you can enjoy the picturesque landscape of the Wipp valley. Bungee jumps are organized on the bridge every weekend, and the one-time cost of the attraction ranges from 155 euros to 169 euros, depending on how you book your jump (online or in person on site)

The more than 200-meter-high dam located on the Verzasca River in Switzerland is one of 45 similar structures in the country, but only from this structure built in 1965 can you bungee jump. The dam, which also serves as a hydroelectric power plant, is 220 meters high and 380 meters wide, making it the fourth largest structure of its kind in Switzerland. It was most popular among extreme sports enthusiasts for its scene from the movie “Golden Eye”, during which Pierce Brosnan playing the role of British agent James Bond made a spectacular jump

A post shared by Institution of Civil Engineers (@ice_engineers)

Opened in 1893, this historic railroad viaduct is one of the biggest attractions for bungee jumping fans in France. Currently the structure is partially dismantled, and the competitors have a space of about 60 meters at their disposal, based on special towers from the original design of the viaduct. The structure is located in La Ferrière-Harang and is only used for spectacular jumps from a height of more than 60 meters

The bridge located in the picturesque village of Rjukan is the highest structure in Norway from which you can bungee jump. The climatic bridge is suspended between rocks over Åkrafjorden lake at a height of 84 meters. The unique location not only allows you to realize an exciting jump, but also to admire the Norwegian nature from an impressive height

Another dam on the list from which you can bungee jump is located near Hohe Tauern, Austria. The structure was built between 1971 and 1979 and is 200 meters high. Its impressive size has made it the highest dam in the country. Bungee jumping has been organized here for many years and allows you to fly straight into the Lieser River. This place is very popular and is one of the highlights on the European map of extreme sports enthusiasts

This 175 meter high bridge in the Italian province of Veneto is the largest and most popular bridge in Italy. Bungee jumping enthusiasts can visit this place every weekend. The cost of a single jump is around 100 euros

The latest spot on the European bungee jumping map is a facility located on the shores of Britain’s Bray Lake. The crane located at a height of 160 feet, or about 49 meters, is not the most picturesque jumping facility, but the surrounding landscape provides a unique experience. Bray Lake is not only an ideal place for bungee jumping, but also a great spot for windsurfing, sailing or paddle sports.

How do you prepare yourself conditionally for a boxing fight?