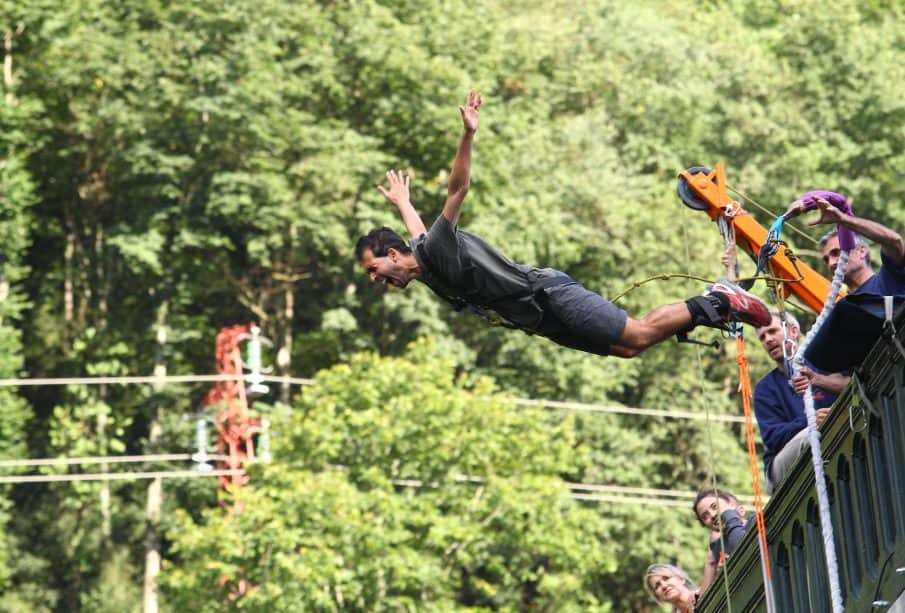 Have you ever wondered if there are other forms of bungee? Probably not. They are not very popular, but we assure you that they are no less fun. What do they consist of?

Bungee jumping is on the dream list of many people, sometimes as a fight against the fear of heights, sometimes as a release of pure adrenaline. However, a collision with such brute force of gravity can terrify many – not everyone is capable of jumping down, even if they are solidly secured. It turns out, however, that we have some interesting alternatives to offer.

The bungee run differs from the standard attraction in that we do not jump, but run. The run is, moreover, a race. And it’s with a load, not just any load, because it’s a pneumatic slowing device. And we run on an inflatable surface, similar to the inflatable castles or slides of childhood.

Competitors line up on two tracks. When a signal is given, they try to run ahead down the track. The secret of the slowing mechanism is that it does not allow them to move significantly away from their starting position. Thus, the winner is the one who covers the greater distance.

If you have passed the bungee run stage, then it is time for the next step in this adventure. We are talking about slingshot, which can be translated into Polish as slingshot, although this word does not reflect the power of fun.

Slingshot is, for many, a step ahead of the traditional form of bungee. A person is attached to a sort of rubber swing. It is then stretched and launched into the air with a force of up to 150 km/h to a height of more than a few tens of meters. Such an impact is no small sensation, full of adrenaline and even encouraging further challenges.

The best helmet for motocross – how to choose it?

Nutrition of a motocross rider – basic principles and a sample menu